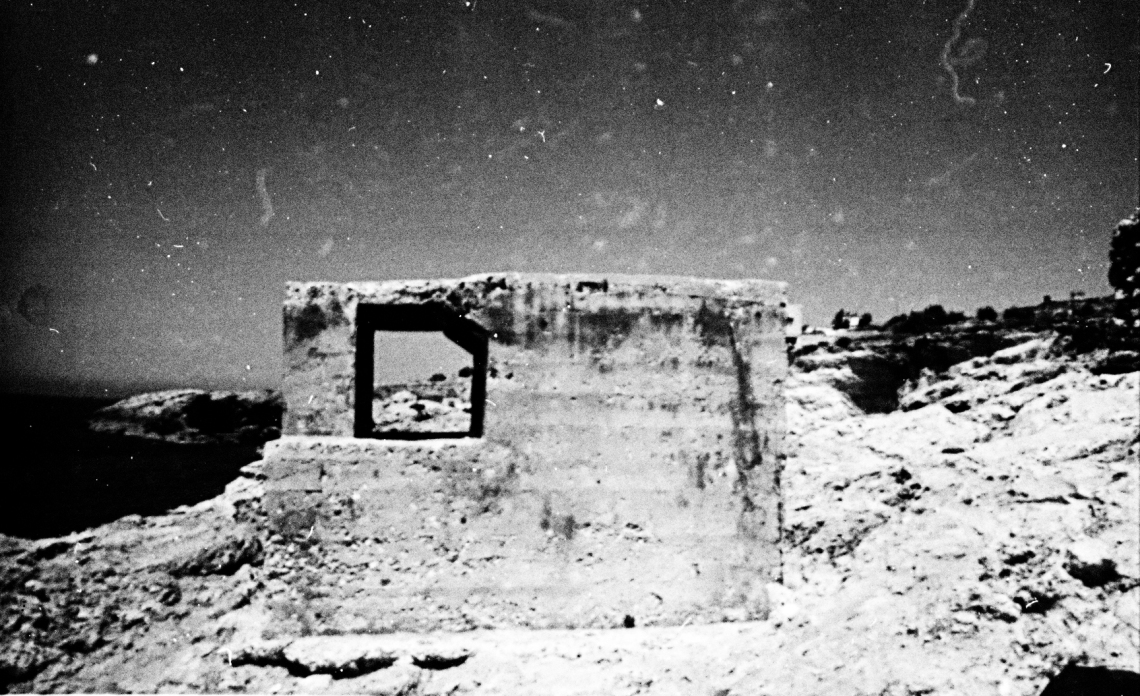 FRAGMENTA organized the Pop Up Exhibition “Filfla Findings” on June 21st on the rather adventurous site of an abandoned bunker close to Ghar Lapsi. The location allowed a prime view onto the inaccessible island of Filfla, which was the main protagonist of the exhibition. 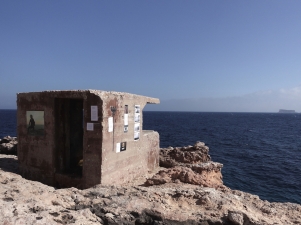 The collective exhibition featured works by the artists Ritty Tacsum, Aksel Høgenhaug and Bettina Hutschek. The collaborative work “Neil’s Tribe – Exceptional Finds on Filfla Demand Rewrite of History” by Aksel Hogenhaug and Bettina Hutschek presents the remnants of the ‘Tribe of the Owl Cult’, or the so-called ‘Neil’s Tribe’. This fictitious Tribe is created through pictures, archeological artifacts and descriptions. Prehistoric Teeth, petrified fingers, various artifacts and stones give an almost complete picture of a fascinating ancient tribe which “could” have been living here. 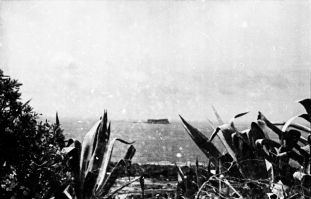 This Rod was used for the bleeding of the scape-goat. It was found at what is thought to be the dwelling site of the Tribe-leader – (to make things easier, we will hereby also call him “Neil”). It was probably Neil’s duty to at least fertilise, but perhaps also to impregnate the High Priestess. 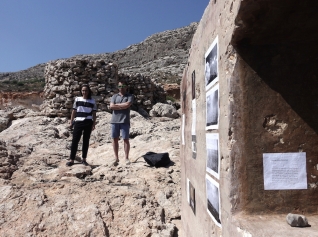 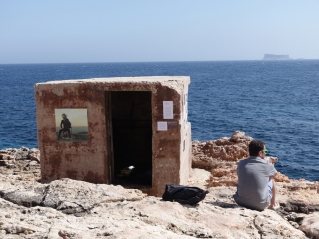 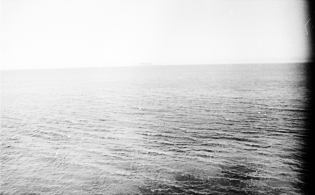 The series of images, which Ritty Tacsum has specifically produced for the FRAGMENTA project aims at recalling, exploring and revisualising a particular place from her childhood. Ritty’s pictures and the collaborative work by Aksel and Bettina were displayed alongside in and around the bunker and thus merged into a collective story: whereas the descriptions of the objects of the project “Neil’s Tribe” showed insight into the detailed imaginary archeological dig on Filfla, Ritty’s photographs could be seen both as location shots accompanying the fiction as well images Ritty holds untarnished in her mind: Filfla seen through the eyes of a five-year-old. 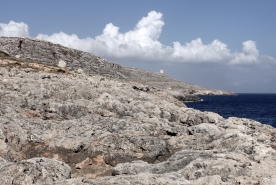 “This crystal was deposited in Liguria when the firmament broke during the great deluge. As Dr. Carl E. Baugh has pointed out, this crystal is a very likely candidate for the choice of material used to divide the waters from the waters. Deposits are found relatively close to the sur- face, all over the world, and this again supports the theory of a uniform Silicate Sugilite Lattice spanning the earth from Day Two.” 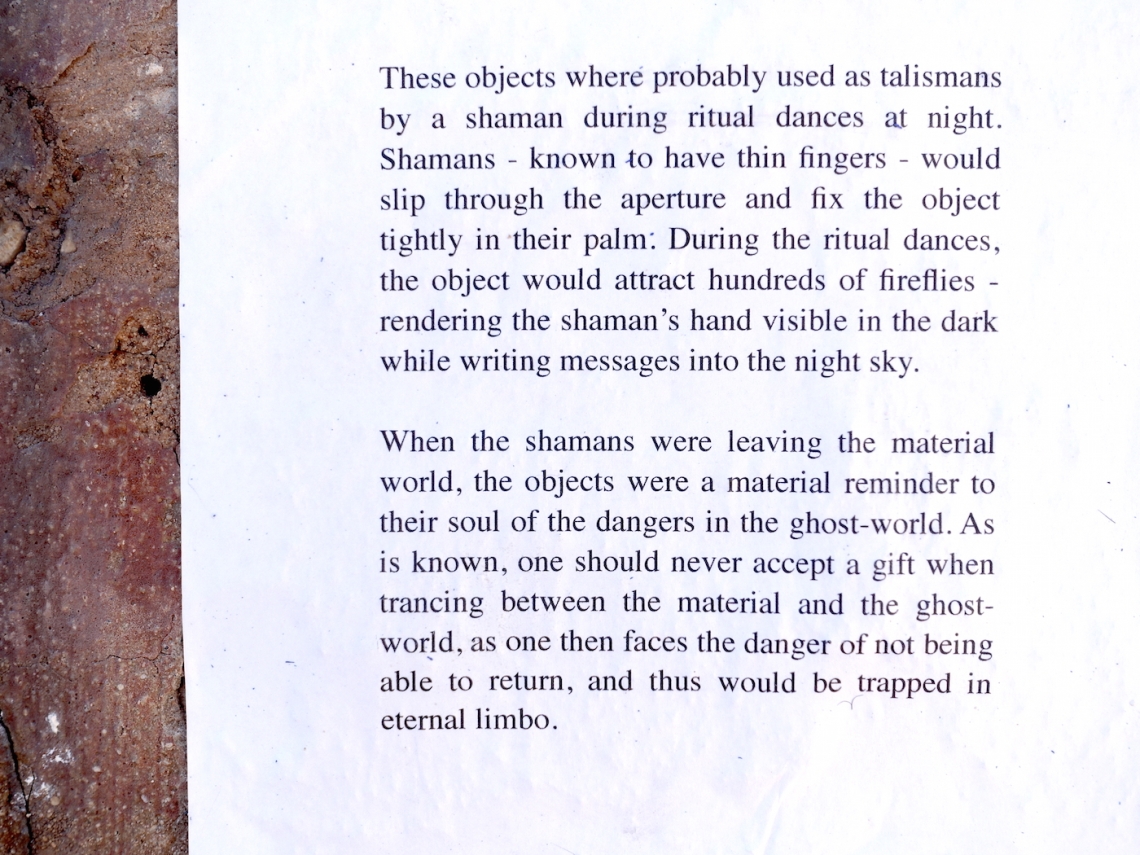 Of course, health and safety issues were not adequately followed, but the exhibition was accessible and open to all visitors. Nobody fell off the rocks, which is a good thing, and everybody left safe and sound – thinking of islands and other things.

Thanks to everybody who attended! Special thanks to Ritty and Aksel!

see you all next time!
Yours, FRAGMENTA