On April 24th 2016, FRAGMENTA was holding a 1-day-event with two guided tours around the topic of “Outside Development Zones” with German artist Erik Göngrich.
What does art have to say about Outside Developent Zones, does art have a say at all in political issues? 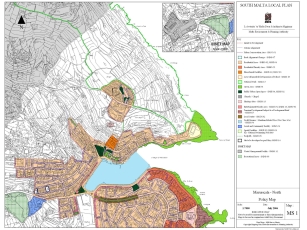 It all had started with a demonstration FRAGMENTA attended in Valletta in 2015, organized by Front Harsien ODZ and various NGOs, to protest against the development at Zonqor point, which according to the local plan for Marsaskala should form part of a national park. Zonqor Point is part of Marsascala, land which was sold to the private construction group Sadeen in order to develop a private “university” which does not exist as such. At issue during the protest were not only the actual locality at Zonqor point, but also Maltese development zones in general, Outside Development Zones (ODZ), some public lies, profit-making, government “liberties”, the sell-out of public land to private investors, environmental issues and the striving for sustainable development. 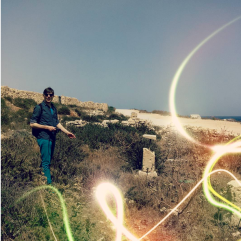 FRAGMENTA invited German artist and architect Erik Göngrich to develop a piece of art around the location of Zonqor Point. Erik has for years examined our notions of urbanity today and their extent of reflection on our urban reality. FRAGMENTA thought that he was the one and only one who could ask the question: “What the heck is an Outside Development Zone?”

In collaboration with FRAGMENTA, Erik researched and developed a walking tour with site-specific elements to implement during the tour.

For the FRAGMENTA- event on April 24th, Erik took participants for a walk around the supposed area of the national park / contested university building ground, in order to discuss the “zone-ness” of this Outside Development Zone together with the artist. The tour started on a wide road which was created in the 70s from rubble dumped here during the construction of Dock 6 of the Grand Harbour. 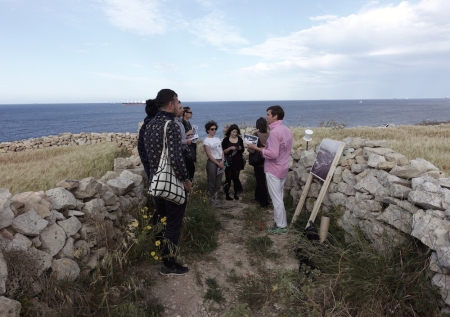 Campers are and were building their more or less temporary shelters along that road, while hunters were passing by occasionally. Erik was suggesting a sculptural view of the informal qualities of the public sphere. Then we turned into a field road and walked up towards Zonqor Village. Here, the highlight of Erik’s sculptural vision of landscape was his suggestion of the sculpture of a kohlrabi (in Maltese: ġidra) on a plinth. Coincidentally, this would give a powerful but subtle message to the viewers, as “kemm ġidra” also means “how stupid you are” in Maltese – funny coincidences in the process of art creation…

Erik had produced a series of drawings and prints for the occasion, which were successively handed out to the participants of the tour. These were used during the guided tour as mobile billboard and were handed out to the audience to take away as little booklets. Erik’s drawing of the Maltese coast line made visible the extensive use and transformation of this area throughout the last century visible – impossible to combine this thus used territory with the image of “pristine and untouched” nature.

When asked about his approach to drawing, Erik states: “Drawings are a tool to summarize different experiences and information on one paper. Making a drawing is making a statement. It is sometimes more real than a photo and it “talks” more than a lecture. I love the German word “bezeichnen” as a description: pointing out something and drawing on something at the same time.” 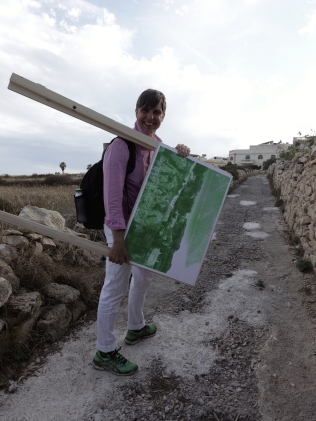 Erik took the visitors on a physical and mental tour through different terrains and questions: What are we developing or not in Development Zones? What can be done and not done in an Outside Development zone? Can you build, or camp, or make fires, or hunt? What would change if you turned this area into a national park? Who does it belong to, now, and in the future? Can you bring motorized vehicles? (Obviously, everyone was driving around here…) What is a natural park, and what is a national park, and what is the difference?

The terminology of the Outside Development Zone, which is very unique to Malta and does not exist in any other country, was examined: Is it a field, is it nature, is it untouched environment? Or is it an area not for building? What would be an alternative to building (a university complex for example) – what could be examples of sustainable development? (Meaning and including the fact that also sustainable development is still a sort of development). 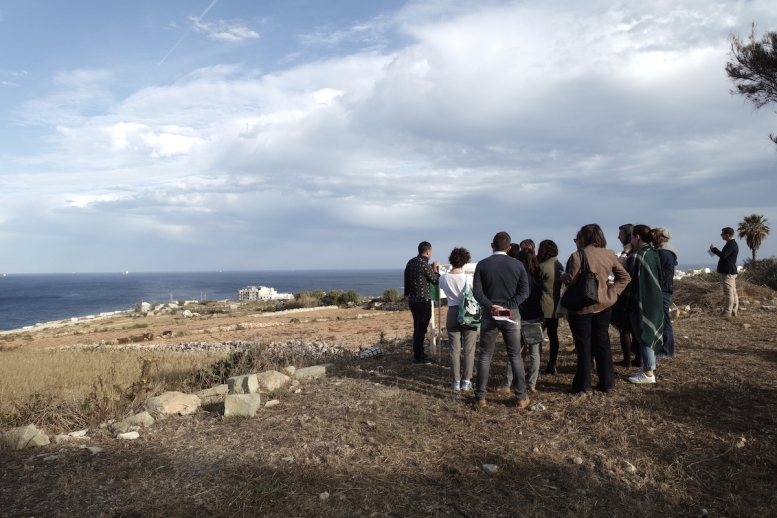 Referring to previous work of his in national parks in Marseille and in Germany, Erik pointed out differences and similarities in dealing with issues. By contrasting the problematic of Zonqor Point with international counterparts, the subject matter became very open and wide and invited participants to formulate their own ideas and wishes for the territory they had just walked on and looked at. The physical interaction – meaning, we were WALKING AND STANDING on the same grounds we were discussing – with the environment fueled the discussion.

Thanks to all the participants, thanks to Erik Göngrich for a wonderful piece, thanks to V18 for supporting FRAGMENTA and special thanks to Charlot Cassar and FRONT HARSIEN ODZ for help in getting in-depth information.

Planned nature park at Zonqor to be expanded by 44,000 square metres timesofmalta.com